Order contacts or frames in our online shop.

Meet the experienced and friendly doctors and staff who make Huntington Optometric Center a proud provider of vision care products and services in Alhambra. 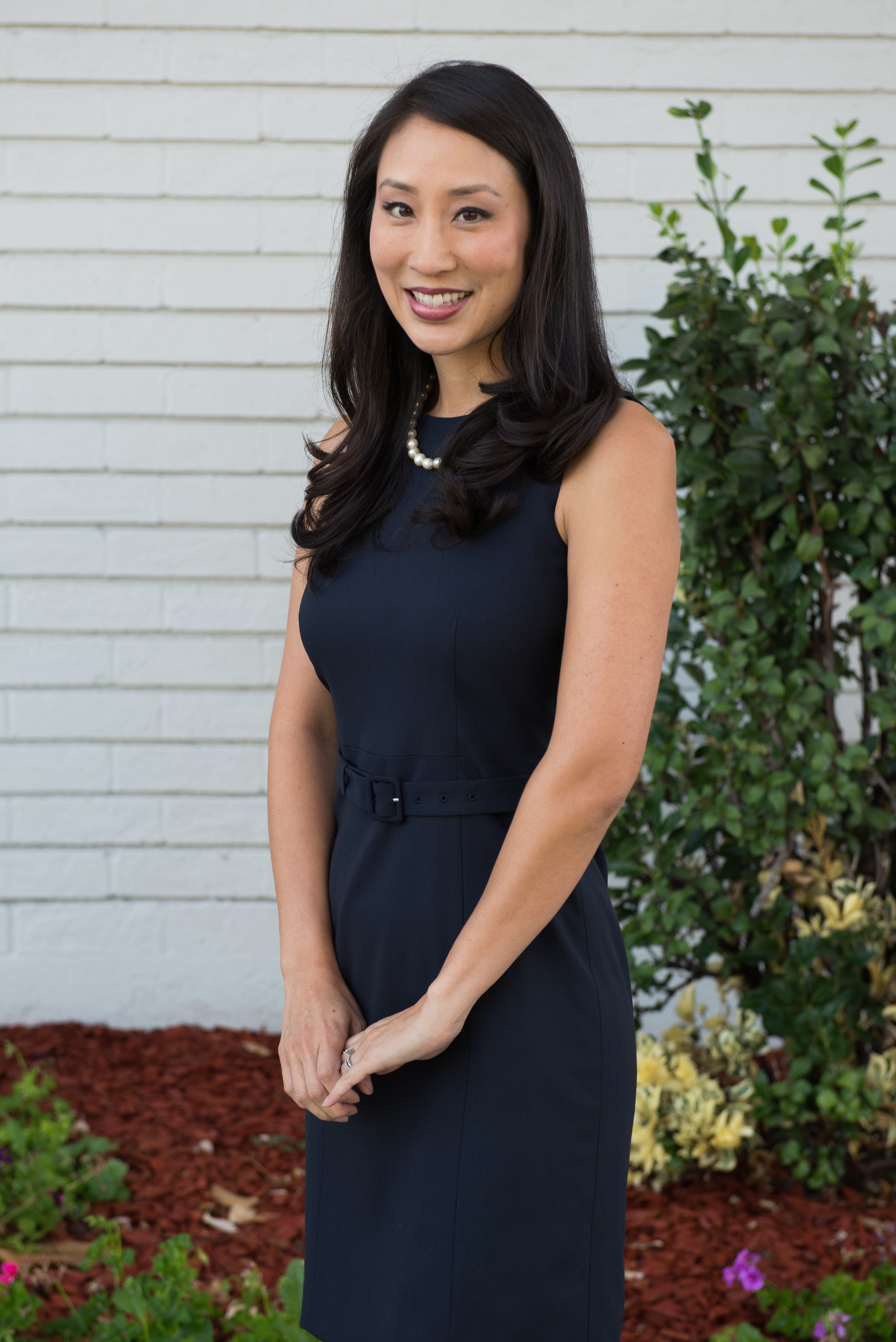 Dr. Stacey Gin received her degree in Molecular and Cell Biology at the University of California, Berkeley. She received her Doctor of Optometry degree at the Southern California College of Optometry where she graduated with honors. After completion of her O.D., Dr. Gin pursued a residency in Primary Eye Care at the Veterans Administration in San Diego. She is a Fellow of the prestigious American Academy of Optometry. Dr. Gin was named, Young Optometrist of the Year by the California Optometric Association and has won Best Optometrist in Glendale over 8 years in a row. She has been recognized by Vision Monday as one of “The 50 Most Influential Women in Optical” and has been a guest speaker on the TV show, The Doctors, as well as a spokesperson for Optical Marketing Group.

Dr. Gin’s pride and joy is her family, especially her two children, Kaitlyn and Justin. She loves helping out as Room Parent, Team Mom, and Troop Leader. In her free time, she enjoys fishing, pilates and recently has been playing a lot of pickleball! 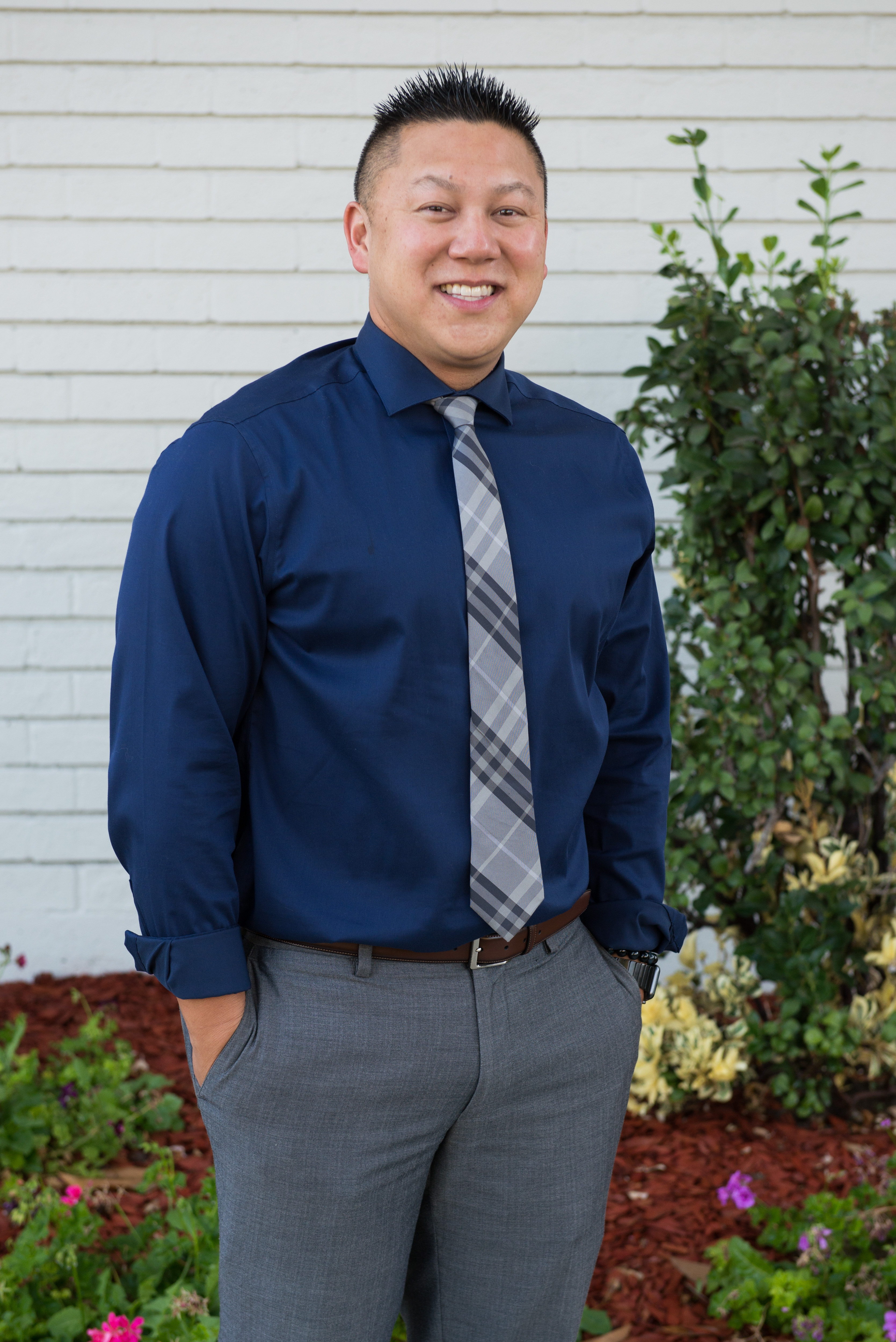 Dr. Jeffrey Nishi was born and raised in the South Bay in Manhattan Beach, Ca. He received his bachelor’s degree in Integrative Biology from the University of California at Berkeley and received his doctor of optometry from the Southern California College of Optometry. Dr. Nishi is certified in therapeutic pharmaceutical agents, lacrimal irrigation and dilation, as well as certified to treat and manage glaucoma. Dr. Nishi was named Young Optometrist of the Year for 2013 by the California Optometric Association. He is passionate about giving back to the community and has served on the board of directors for Glendale Kiwanis and was co-chair for the youth services committee. He also volunteers for vision screenings and gives free comprehensive eye exams to children in need through Glendale Healthy Kids. He is also very involved with his local optometric societies serving as President for the San Gabriel Valley Optometric Society as well as President for the Asian American Optometric Society.

In his spare time he enjoys cooking, golfing, going to the beach, and spending time with his family and friends. 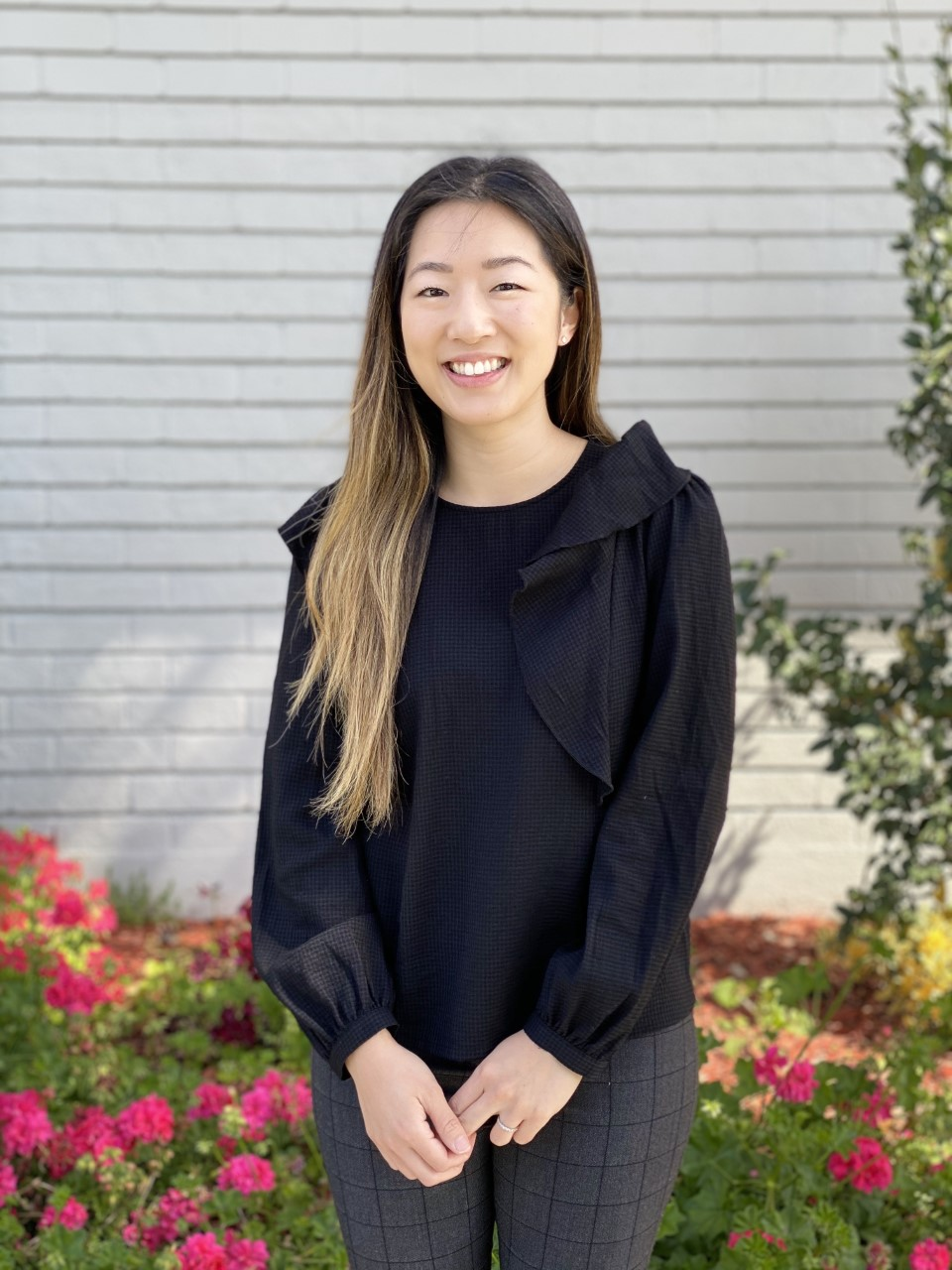 Dr. Kellie Kanamoto earned her Doctor of Optometry degree from Western University of Health Sciences, College of Optometry. She is licensed in the use of diagnostic and therapeutic pharmaceutical agents to treat and manage glaucoma and various ocular disease. She completed her clinical training at sites across the country which included Omni Eye Services, Robert E. Bush Naval Hospital, and Jonathan M. Wainwright Memorial VA Medical Center. She is currently a member of the California Optometric Association, American Optometric Association, and San Gabriel Valley Optometric Society where she currently serves as the continuing education coordinator.

In her free time, she enjoys staying active outdoors by running, snowboarding, playing basketball, going to Disneyland, and traveling with her family and friends. 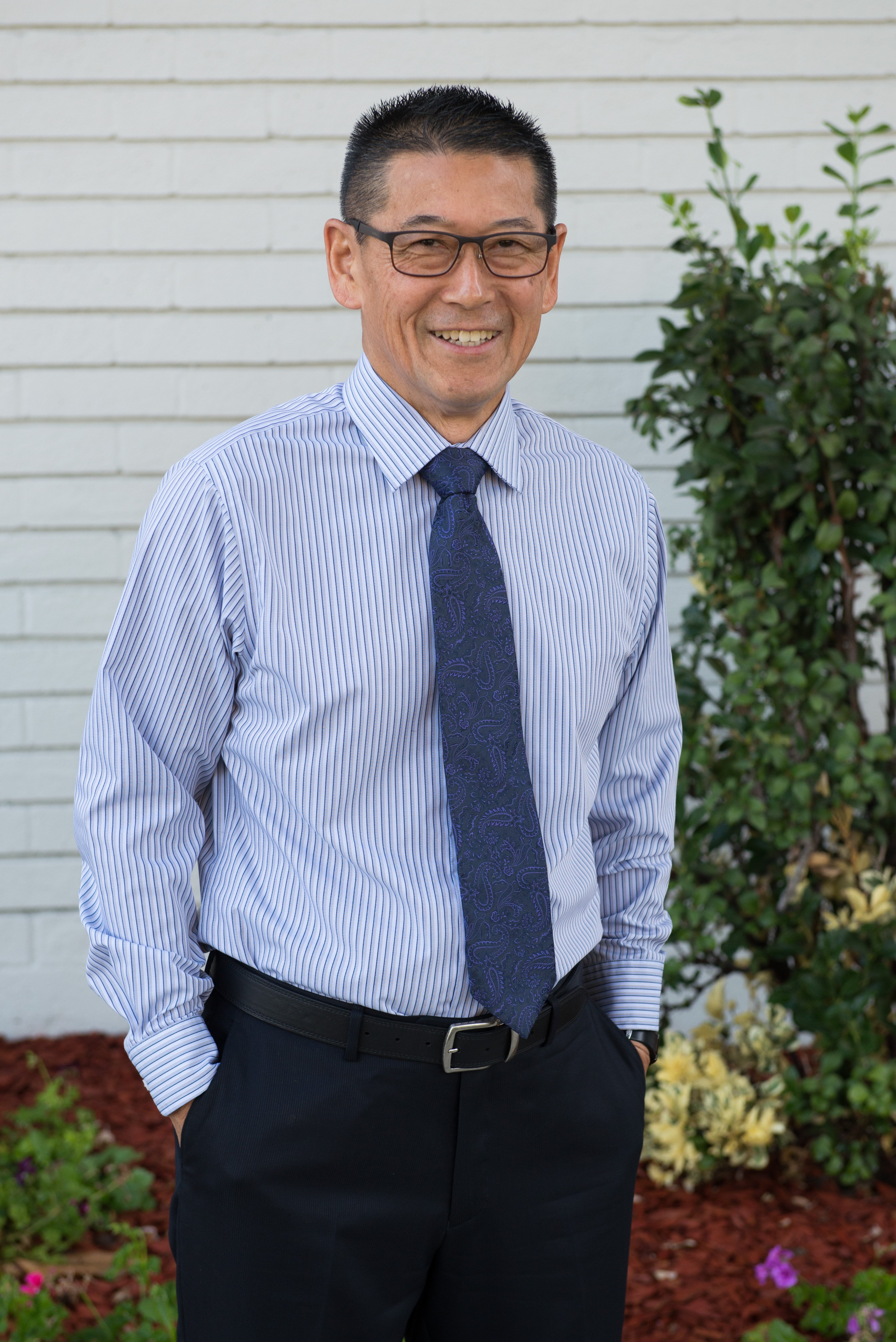 In my career, I’ve asked this question to my patients over 500,000 times. And I never tire of asking. Being an optometrist has been my calling since the age of 3. My mother tells the story of preparing a whole fish for dinner with me standing on a chair poking at the eyes of the fish. I was fascinated with eyes.

It might also be from the fact that my first pair of prescription glasses were given to me at the age of 18 months old. I promptly took the glasses outside and scraped the lens on the sandpaper roof of the dog house. So much for that pair of glasses! I had strabismic, eye muscle, surgery at age 4 years old and years of vision therapy.

I eventually went to the Southern California School of Optometry after attending UCLA. Go Bruins! My path to private practice was a circuitous route, gaining much varied experience. Once starting my own practice, I knew that I had found where I belonged. It has been my privilege and honor to serve so many of my patients, sometimes spanning multiple generations.

One of my proudest achievements has been to mentor twelve interns in my practice who have each gone on to optometry school. They are the future of optometry. I am impressed with their desire to serve this rewarding profession by putting the visual and medical needs of their patients first.

Away from the office, my recreational activities include racquetball, landscaping , and DIY projects. I’m looking forward to spending more time with friends and family, especially my wife, two adult sons and my 98 year old mother. 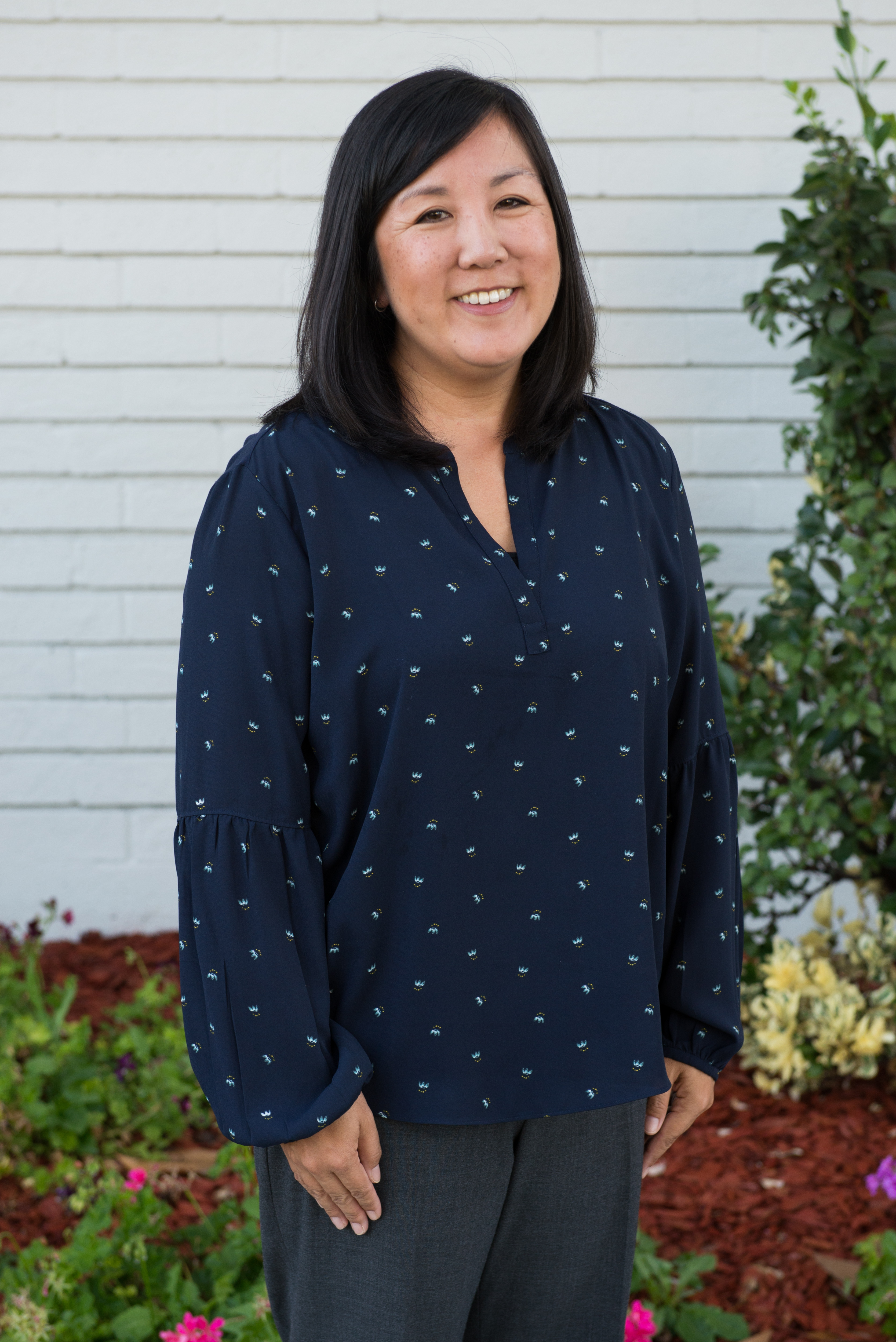 Dr. Erin Osako decided to follow in her father’s footsteps to become an optometrist during her undergraduate study at U.C. San Diego. She then earned her Doctorate of Optometry from the Southern California College of Optometry in Fullerton. Dr. Osako began working with her father in the Alhambra practice shortly after graduating from SCCO. She has experience in a variety of optometric subspecialties, including ocular disease, contact lens, pediatrics and low vision care.

Outside of the office, Dr. Osako stays busy volunteering at her sons’ school, keeping up with their extracurricular activities, and serving at her church. She also enjoys cheering on her favorite team, the Dodgers. 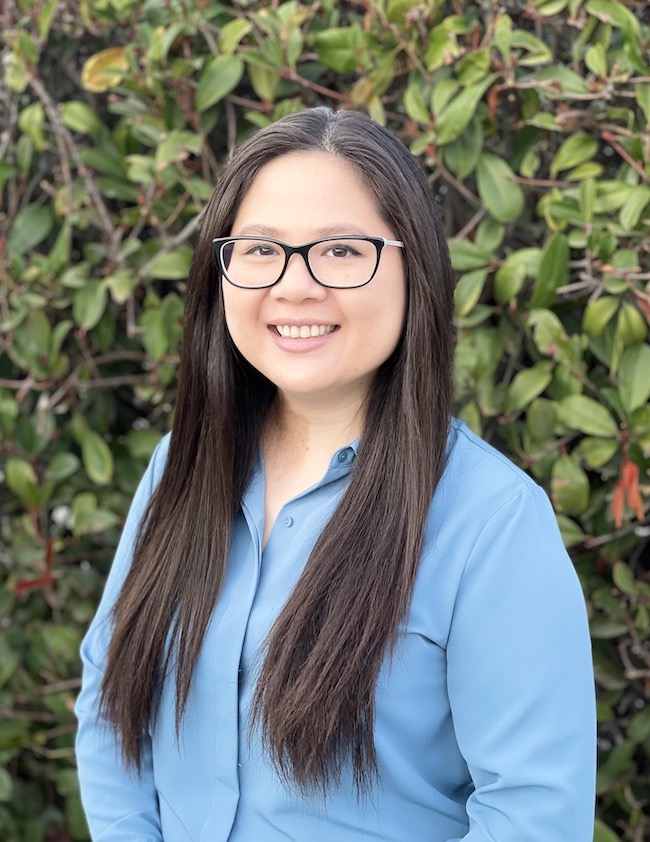 Dr. Ta went on to complete a residency in low vision rehabilitation and ocular disease at UC Berkeley School of Optometry. She gained experience in both degenerative and congenital eye conditions at the UC Berkeley Low Vision Clinic, Lighthouse for the Blind and Visually Impaired, and the California School for the Blind, providing low vision exams to patients of all ages who struggle with vision loss. 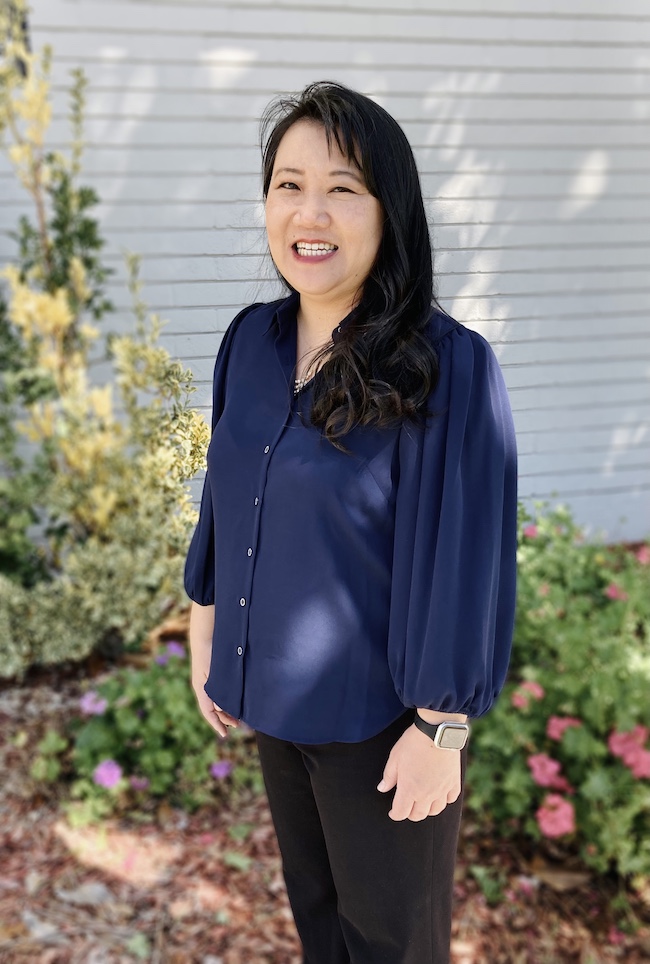 Dr. Bonnie Peng graduated from the University of California, Berkeley, with her degree in Molecular and Cell Biology with an emphasis in Neurobiology. She graduated with honors from the Southern California College of Optometry with her Doctor of Optometry degree. Dr. Peng has 20 years experience working with both optometry and ophthalmology offices. With 8 years emphasizing in medical optometry, Dr. Peng feels very comfortable treating and managing pathology. She also loves working with children!

Dr. Peng spends her free time driving her four children around as well as reading and crafting. She is very active with her church and has taken part in organizing their vacation bible school every year.

You can schedule your next appointment with us online!

Leave Us a Review

Please take a moment and let us know how your experience was.